Child custody is one of the most challenging aspects of any divorce. The Illinois family court has a duty to ensure that any child custody determination handed down to divorced parents preserves the children’s best interests. Parents with different work schedules, medical needs, and varying levels of ability to care for their children and manage everyday responsibilities see these factors reflected in their child custody arrangement.

Vahey Law & Mediation provide comprehensive legal counsel for parents facing proposed changes to their child custody agreements. We fully understand how distressing it can be as a custodial parent to receive news that your child’s other parent intends to relocate, potentially altering the terms of your existing custody agreement. As your Joliet, IL, child custody attorneys, our team can help you determine the best possible approach to this situation. We can make a solid legal case for asserting your parental rights, potentially helping you alter the custody agreement in your favor, or preventing your co-parent’s relocation.

A child custody arrangement will include a parenting plan or a schedule outlining physical custody (the time a child spends in the direct care of a custodial parent), parenting rights (also known as legal custody, or the ability to make decisions on a child’s behalf), and visitation time if one parent is noncustodial and has the right to visit their child only under certain conditions.

It’s possible to alter an existing custody arrangement under certain conditions, such as a change in employment, a newly discovered medical issue, or relocation. These issues can sometimes cause disputes between divorced parents, especially relocation. If you are a custodial parent and you or your spouse intends to move out of your current area for any reason, it’s vital to know how this will impact your custody arrangement, whether your custody arrangement allows for the move, and the value of consulting a Joliet, IL, child custody attorney for assistance with this matter.

HOW FAR CAN A PARENT MOVE WITH JOINT CUSTODY IN ILLINOIS?

Many divorcing parents include specific provisions in their parenting plans regarding relocation. Typically, the Illinois family court requires that divorced parents sharing joint custody remain within 25 miles of one another. Most family court judges who handle relocation requests will use navigation apps and determine distance based on the estimated driving distance between the non-relocating parent’s address and the relocating parent’s new address. As long as this distance is 25 miles or less, it may not be necessary to alter the parenting plan to accommodate the move.

However, if the relocating parent intends to move more than 25 miles away, this will trigger specific procedures under Illinois law. This often results in a material change to the parents’ custody agreement. The Illinois family court must ensure that the divorced parents’ custody agreement suits their children’s best interests. The court must evaluate the distance of the move, whether the current agreement continues to be feasible considering the relocating parent’s new address, and if not, what changes must be made to the agreement.

One of the first essential steps of reviewing any proposed relocation is a careful analysis of your current parenting plan. An experienced Joliet, IL, child custody lawyer can help you determine whether your parenting plan contains precise instructions for handling relocation or if you should expect more difficult proceedings related to the proposed change.

DOES MOVING OUT AFFECT CUSTODY Of Children?

Moving out is typically a bad idea in divorce proceedings. If your divorce is not final and you move out of your family home, there is little stopping your spouse from claiming abandonment. Even if this is not the case and you moved out to keep the peace or show good faith, you should expect your spouse to use the fact that you moved against you in child custody proceedings. If you already have a custody agreement and are not the custodial parent, you are technically free to move wherever you wish.

HOW DO YOU KEEP A CUSTODIAL PARENT FROM MOVING?

This change will lead to a hearing, and an Illinois family court judge will review the circumstances of the proposed relocation to determine what effects the relocation will have on the current custody agreement. They must also ensure that any material changes to the existing parenting plan suit the child’s best interests. For example, maintaining a 50/50 custody agreement after one parent moves to the next state would be illogical and would likely disrupt the child’s life in many ways. The court would review this change and deem the relocation unacceptable or alter the child custody arrangement significantly, likely granting expanded physical custody rights to the non-relocating parent.

The relocating parent must complete several complex steps if they wish to have the judge approve their relocation. The judge may determine that the move does not align with the current terms of the parents’ Allocation of Parenting Time And Parenting Responsibilities. It’s possible that if your co-parent fails to make a strong case for relocating, the judge may deny the request or stipulate that they may move if they are willing to relinquish a measure of their custody rights.

If you do not want your co-parent to relocate, or if you believe you have the right to fight for expanded custody rights when your ex decides to move, it’s vital to consult an experienced Joliet, IL, child custody attorney about your options. The right attorney can help you craft a strong argument for retaining your current Allocation of Parenting Time And Parenting Responsibilities or adjusting the terms of this section of your parenting plan in your favor.

Relocation is a sensitive topic for divorced parents and can dramatically impact an existing custody agreement. If you have a job offer that means a move further than 25 miles from your co-parent’s current home, or if you believe moving with your child would provide them with a better lifestyle, your Joliet, IL, child custody lawyer can help you make a strong case for altering your Allocation of Parenting Time And Parenting Responsibilities. Conversely, if your child’s other parent has proposed a relocation that you believe does not suit your child’s best interests or that this situation presents an opportunity to argue for expanded parental rights and responsibilities, we can help with this as well.

If you are ready to speak with an experienced and compassionate Joliet, IL, child custody attorney about your current situation regarding relocation, contact the team at Vahey Law & Mediation today and schedule a consultation with our team.

If you'd like to contact us by email, please fill out the form below and we'll get back to you within 24 hours. 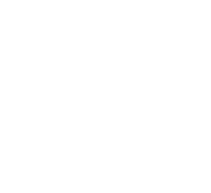 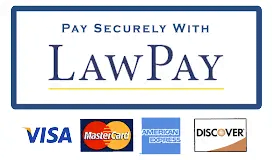